I Love Planet Earth; A Billion Acts of Green,The start of Earthday! 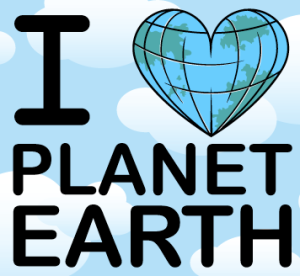 This year so far we have had Earth Hour (WWF), World Water Day and now it appears its time for Earth Day! Today, 22nd April 2011, is the 41st Earth Day event which according to its organisers has inspired and mobilised individuals and organisations worldwide to demonstrate their commitment to environmental protection and sustainability.

Earth Day is intended to raise awareness and appreciation for the Earth’s natural environment which is what I am trying to achieve with this blog.

The Earth Day Network works with over 22,000 partners in 192 countries to broaden, diversify and mobilise the environmental movements. It was founded in the United States by Senator Gaylord Nelson in 1970 with the aim of teaching people about issues affecting the environment. Since it began, it has seen several environmental laws including the Clean Air Act, the Water Act and the Endangered Species Act come into force which is a huge achievement and has obviously fulfilled its aim of informing people on environmental issues. As with most things each Earth Day has a theme and this year’s theme is “A Billion Acts of Green: Our People Powered”. They are asking people to demonstrate their commitment to environmental protection and sustainability with the hope that with all of these small pledges acting together will go a long way to conserving the planet.

An oil spill in California was behind the creation of the first Earth Day in 1970. Now, 41 years later, the worst oil disaster in the nation’s history, along with rising greenhouse gas emissions and budget battles, dominates America’s debate over the environment.

Environmental catastrophes inspired official Earth Day ;
On Jan. 28, 1969, an oil well blowout near Santa Barbara, Calif. leaked more than 200,000 gallons of oil into the ocean for 11 days. The damage done to California’s coastline and the massive scope of the cleanup effort led to reforms in the energy industry, such as the National Environmental Policy Act which requires the federal government to do a detailed assessment before approving potentially hazardous projects like offshore oil drilling.

Later that same year, industrial chemicals along Ohio’s Cuyahoga river caught fire on the surface of the water, making it look like the river was on fire.

Images of blackened coastlines and flaming rivers led to a heightened awareness among the American public about the fragility of the environment.

In early 1970, Gaylord Nelson, a U.S. Senator from Wisconsin, took note of these shifting attitudes toward the environment and hired 25-year-old Denis Hayes to organize a national “teach in” on the subject. Hayes teamed with other young people to organize the first national environmental movement.

On April 22, 1970, 20 million people responded to Hayes’ and Gaylord’s movement and rallied for environmental awareness. It remains the largest demonstration in American history and was the first-ever Earth Day.

Energy production tops today’s environmental concerns;
In the years since the first Earth Day demonstration, the activities have changed, but the source of the main environmental issues facing the country remains very much the same. Energy production and consumption continues to cause the most pollution and pose the greatest dangers to the American ecosystem.
The Deepwater Horizon oil rig explosion, which took place a year ago off the Gulf coast, is the most disastrous oil spill in the nation’s history – about 200 million gallons of oil spewed from the damaged well before it could be capped.

Similar to the Santa Barbara oil spill of 1969, images of oil-covered animals and damaged coastline prompted strong reactions and debates over offshore oil drilling. However, today’s businesses and policymakers remain largely divided over how to meet America’s energy needs.

“The oil will be drilled,” Kenneth Green, a resident scholar at the American Enterprise Institute told the NewsHour during the Gulf oil leak. “We need to find ways to keep it from our shore. We need to improve our technology and ability to prevent oil from moving to the shores and learn how to use this material safely, because we are going to use it.”

Daniel Weiss, director of climate strategy for the Center for American Progress, disagreed. He said, “We have put off for too long addressing our long-term dependence on oil, both foreign and domestic. The tragedy in the Gulf isn’t a wakeup call. It’s a sonic boom. And what we need to do is to dramatically reduce our oil use.”

Debates rage over greenhouse gas regulation and EPA funding;
Congress has the authority to create and change laws having to do with the environment, and the Environmental Protection Agency (EPA) is the government agency responsible for overseeing and implementing those laws. Recently, lawmakers have disagreed sharply over whether to create legislation to combat greenhouse gas emissions and how much money to give to the EPA.
In 2010, a bill that would have created a cap-and-trade system, which would involve companies buying credits to emit carbon pollution, failed in the Senate when Democrats and Republicans couldn’t agree on how many restrictions should be placed on businesses.

The Obama administration then turned to the EPA to regulate greenhouse gases, which contribute to the warming of the planet. The Republican-led House of Representatives voted to strip the EPA of that authority.

In budget negotiations that almost led to a government shutdown, Congress cut funding to the EPA by $1.6 billion, a significant sum according to most analysts.

“These cuts give us the opportunity to take a close look at how the agency is spending its dramatic increases in funding and look at whether the regulations it is putting out are appropriate.” said Rep. Mike Simpson (R-Idaho), who supports the cuts.

The advocacy group Environment America sharply criticized the funding cuts, calling them an “assault on protections of our air and water” that will “compromise public health.”

A Billion Acts of Green;

The theme of Earth Day 2011 is “a billion acts of green,” and organizers are calling on every individual to do one small thing in their lives, such as switching to energy efficient light bulbs or walking instead of driving, to improve the planet.

Earth Day participants around the world are planting 1 million trees, drawing up plans for green schools, and celebrating sports through Athletes for the Earth.

Grow Life – Please tell us what you did today to contribute to a great cause. 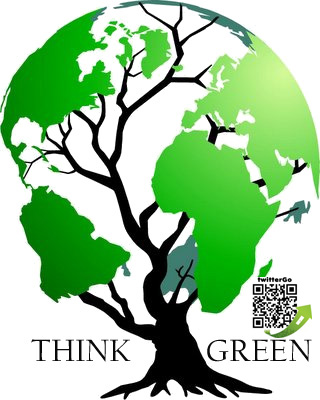